Celebrating Who we are

“In the old days those ‘spirits’ were usually found in the saloon at night swapping yarns amongst fellow ‘wagon masters.’ Now that the West becomes more and more settled each year and the families move in, those old geezers are more apt to sit around the campfire or be in bed by 9!” –original prose submitted by Jim Nixon, Team Spirit, Kansas City, one of the founders of the Spirit Award. 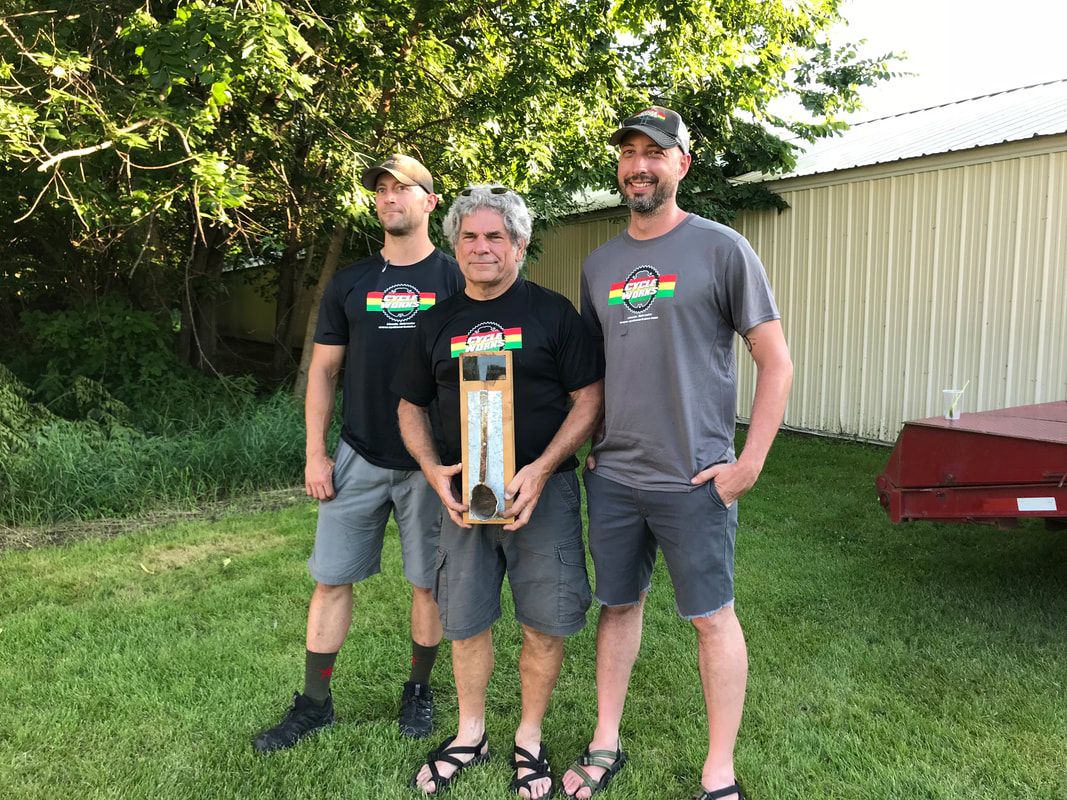 The Tour de Nebraska Spirit Award is given annually during the last evening of the tour at the TDN Awards Banquet. It was created by a group of distinguished gentlemen from Kansas City, so fondly named Team Spirit, to inspire others to spread joy, humor and kindness during Tour de Nebraska. It is a traveling award in that the Team so honored must return on tour the following year to choose the next worthy recipient. The award itself is a roadkill cup mounted on a stylish wooden plaque.

The Team Spirit Award is based on the following behavior categories (of course these have been amply demonstrated by Team Spirit):
S is for stamina: ride with ease and/or speed (considering age, conditioning, equipment)
P is for personality: make acquaintances with other tour members, with town folk, and with local officials such as police, newspapers, mayors etc.
I is for inspiration: sing, gleeful gestures, and encourage other riders
R is for roughing-it: tent in any weather, enjoy the heat-distance, and ride with delight in the rain
I is for interest: wear distinctive jerseys, team hats, or bestow objects of fun such as ice cream bars, pins, noise makers
T is for tipping: one or both of these sub-areas merit considerations – tip the mug, shot class, tumbler and/or provide tips to other riders on how to bask in Nebraska and relish the experience – point out good stops along the way (pie, food, shade), must see sites, local color, or impromptu swimming, volleyball, face painting, etc.

Established in 2014, the TDN Team Award is given to the team with the largest number of riders as indicated on the registration form. A donation is made to the Lincoln Bike Kitchen (LBK) in the team's name. In 2021, over 100 riders were part of a team from 8 different states! 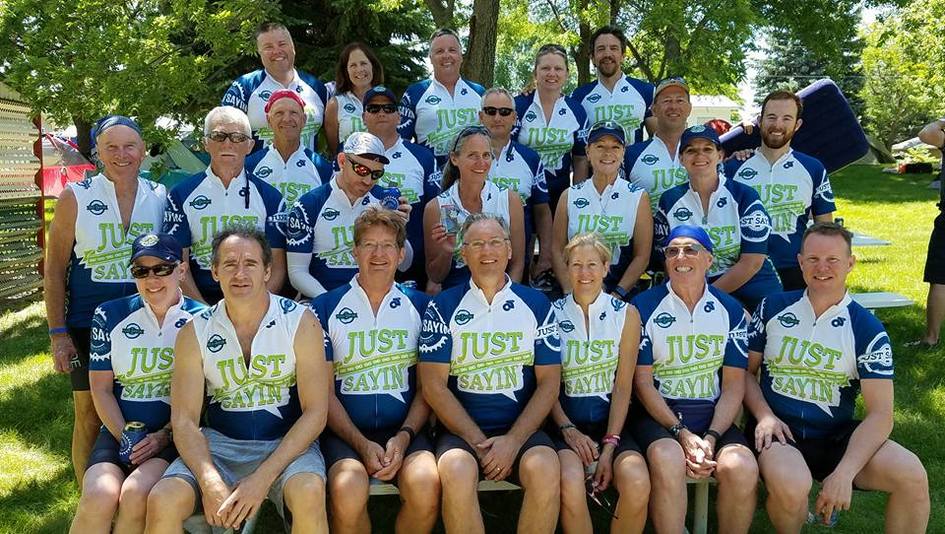 "I like to ride Tour de Nebraska because it starts and ends in the same place making logistics easy. I also like meeting the people in the small towns and seeing the Nebraska countryside." says Brett Daughtery.